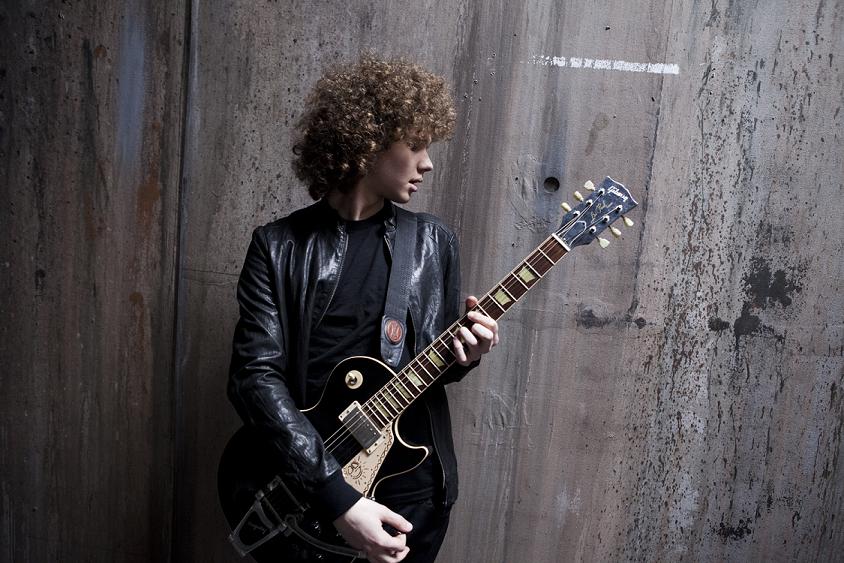 “I’m coming to rock and roll,” Francesco Yates proclaims at the end of our chat, and his bold statement is hard not to believe. When you have someone as influential as Pharrell Williams in your corner and combine that with Yates’ commanding voice and musicianship, the result is a compelling debut EP from the just-turned 20-year-old Toronto native.

Covering plenty of territory, the six-song EP blurs the lines of genres. It incorporates ingredients of pop, soul, R&B, funk, and rock, all creating a fresh sound that fuses throwback grooves with modern elements. Working with such heavyweights as Pharrell Williams and Robin Hannibal (Kendrick Lamar, B.o.B) who both co-produced the EP, as well as co-writing several tunes with Matt Morris (Justin Timberlake, Mary J. Blige, Cher), Yates delivers a first release that perfectly showcases where he’s come from and where he intends to go in the future.

Here, Yates provides insight to each song on the EP, reveals the tune that best represents him, and explains what he learned from working with such respected songwriters/producers within the industry.

Laura Antonelli (Songfacts): You’ve said that your writing process changes song-to-song. Can you describe some methods that work best for you?

Francesco Yates: Having a clear mind. You have to have a clear mind when you’re writing songs. It’s something as an artist that you always struggle with, but the music has full dominion over what you’re going to be doing. You can try to construct a radio song and have it be about these cool subject matters, but to make a song that really touches the people, you have to let the music do it, and get your ego out of the way.

Songfacts: Let’s talk about your debut self-titled EP. You co-wrote “Better to Be Loved” with Matt Morris and said that there was something special happening in the studio the night you wrote it. Can you just expand on that and explain how it came to be?

Francesco: We were talking about this new age philosophy that if you want love in your life, you have to accept it. But then we were like, “Well, isn’t that kind of harsh?” What if someone is going through a tough time? You have to go through it to accept it.

So it’s saying there’s a truth in that. It’s all the energy you put out there. So we focused on this peace, love, and groove sentiment for making that song.

Songfacts: And what was the actual process of recording it?

Francesco: It started with a piano riff of us just doing the little [sings], “Do do do.” We just did that for about an hour until we actually came up with some words for it. It ended up being quite a good little vibe.

Songfacts: You also co-wrote your first single, “Call,” with Matt Morris. What was the process of creating that tune?

Francesco: Because that one was written originally on guitar, he wanted me to imagine sitting down and just playing it solemnly. We did a couple of takes and found that it wasn’t working. But then I did my one-leg little Canadian jig dance to try to keep myself into tempo and it worked.

It’s a mysterious one because it has to do with listening. Listening to your lover, your partner, and being there for them even when sometimes they’re not there for you. Because that’s what it’s all about – it’s about the listening.

Songfacts: What’s the best advice that Matt Morris gave to you?

Francesco: The best advice that Matt Morris gave to me is like a lot of the great songwriters that I worked with, which is not to think too much. Just express it however you feel like expressing it at the time because that way it won’t seemed contrived what you’re doing. It will seem natural and it will flow a lot better. It’s what he always used to tell me.

Same thing with Pharrell. Pharrell was kind of enough to let me incubate and just be in my own zone when I was creating those tunes.

Songfacts: You co-wrote the funky rock jam, “Change the Channel,” with Pharrell. Can you explain how that song was created?

Francesco: We met the day before and just talked about a number of different things – we kind of had an interview. He just wanted to see where my head was at and what I was about. We got to talking about rock bands and Led Zeppelin, and it just fell under that vibe. He found a great way to bridge the two.

He wanted to approach my project from a perspective that it hadn’t been approached yet. He re-introduced the electric guitar in a funky way, and we just went and did it.

That song’s meaning is rooted literally in just changing the channel. Trying something different – even in the production and everything that it stands for – just against the status quo of things. It’s not your typical one.

Songfacts: And you’ve said that it best represents you as an artist.

Francesco: I think so. Just as far as the style and everything, it’s me in the purest form.

Songfacts: How did working with Pharrell and Robin Hannibal [who also co-produced the EP] help you improve and grow as a songwriter?

Songfacts: You already touched on this a bit, but you said that Pharrell envisioned you as a rock star instead of a pop star, and encouraged you to play more electric guitar. And he asked you to play guitar on his song, “Gust of Wind.” What can you recall about recording your part for that tune?

Francesco: Well, it was late at night and we were walking down the steps. We were just talking and then he had to go for a late night show. He said, “Oh, you should try this guitar part,” and I’m like, “Wait a minute! What guitar part?” And then the elevator closed. I couldn’t get to him in time.

I scrambled back to the studio to feel what kind of part he wanted. I could only go off of what he had been playing and what he had been doing, which was the Daft Punk sort of scene. So I gave it that guitar vibe and I hoped that it would stick. Luckily, he was gracious enough to keep it on the record. I had no idea what I was doing, but it was a good one.

Songfacts: The first song on the EP, “Honey I’m Home,” features you singing in falsetto a lot, and you apparently had trouble with recording it in the studio.

Francesco: I didn’t have trouble with that part. The part I had trouble with was the pre-chorus because it’s in full voice and the belting is so high. The falsetto I did quite easy from when I was young because I always used to sing in falsetto when my voice was cracking. The difficult thing that I had was recording the belting part in the pre-chorus.

It was always a bit of a thing for me, but I managed to pull through it on the last take when I just let all my inhibitions go. I just let it rip, and, sure enough, it happened. I’m thankful that it did.

Francesco: The song was written by an artist named Zalon, who did extensive work as Amy Winehouse’s backup singer. He’s also a soul and R&B artist in his own right.

Songfacts: “Something Different” was a song that you produced back in 2011 that’s now on the EP.

Francesco: Yeah, around that time frame. It’s something that I produced, wrote, and did all on my own, which is closer to the kind of thing that I’m doing moving forward. The EP is just a lot of stuff I did when I was 17 and 18. Now I’m going to be 20 in three days, which is crazy. I still feel 13.

But the song was written out of seeing this madness happening around me with Pharrell and all that stuff. All these people were around. You want to escape from the madness a little bit. You want something different amidst all the crazy fast life living. I guess that’s what I was drawing upon.

Songfacts: The production of “When I Found You” was initially different.

Francesco: Yeah, it was way different, but then Robin Hannibal gave it this touch. I’ve been using that very touch to further expand. Now that’s how my ballads typically go. I like that sort of style where it’s a kind of trap balladry.

My whole thing is a mixture of old influences and new. I always have difficulty describing my style because I like to touch on so many things, but I noticed that’s the common theme songs tend to fall under.

Songfacts: So how did “When I Found You” change from what it was in the beginning?

Francesco: Originally it was faster and it was recorded with acoustic guitars. It sounded a lot brighter. But because I was going for something different, I didn’t think it fit with what I was doing. Robin actually had a cool way of re-imagining that song with doing it that way. We just ran with it and it’s been a nice little turn-up jam for my live shows.

Songfacts: And what inspired it?

Francesco: Well, we wanted to make a simple love jam – we were listening to Taylor Swift and things like that. We just came up with a simple one that isn’t talking about re-establishing the world like in “Change the Channel.”

Songfacts: You’re featured in Robin Schulz’s track, “Sugar.” How did that come to be and what can you remember about recording that song?

It’s one where like “Change the Channel,” it came together naturally so we just ran with it. I remember playing it for my best friend who’s a frequent club-goer, and she picked that one right off the bat. Sure enough, it ended up doing well. It’s the leading thing that I’m currently on right now, so I’m glad it turned out the way it did.

I’m in Edmonton right now. I just came there from performing in New York with Robin. It was crazy. The crowd knew all the lyrics already to the whole song, which freaks me out.

Songfacts: That’s fantastic. You mentioned the direction you want your music to go in the future. So there are plans for a full-length album then?

Francesco: Yes, there’s probably a full-length album after the EP. We’re putting out this EP just to spread awareness for it, and to use it as a gauge to see where people want my music to go and what direction they want me to go.

Songfacts: Okay. So what can we expect from the full-length album?

Francesco: A mixture of different things falling together under that theme of old meets the new – just an eclectic body of work. Different tastes, and then they can choose. We can see where the taste palates will go.

Songfacts: What do you think people have been responding to the best so far?

I think the best step is to just be totally authentic with it and not contrived. 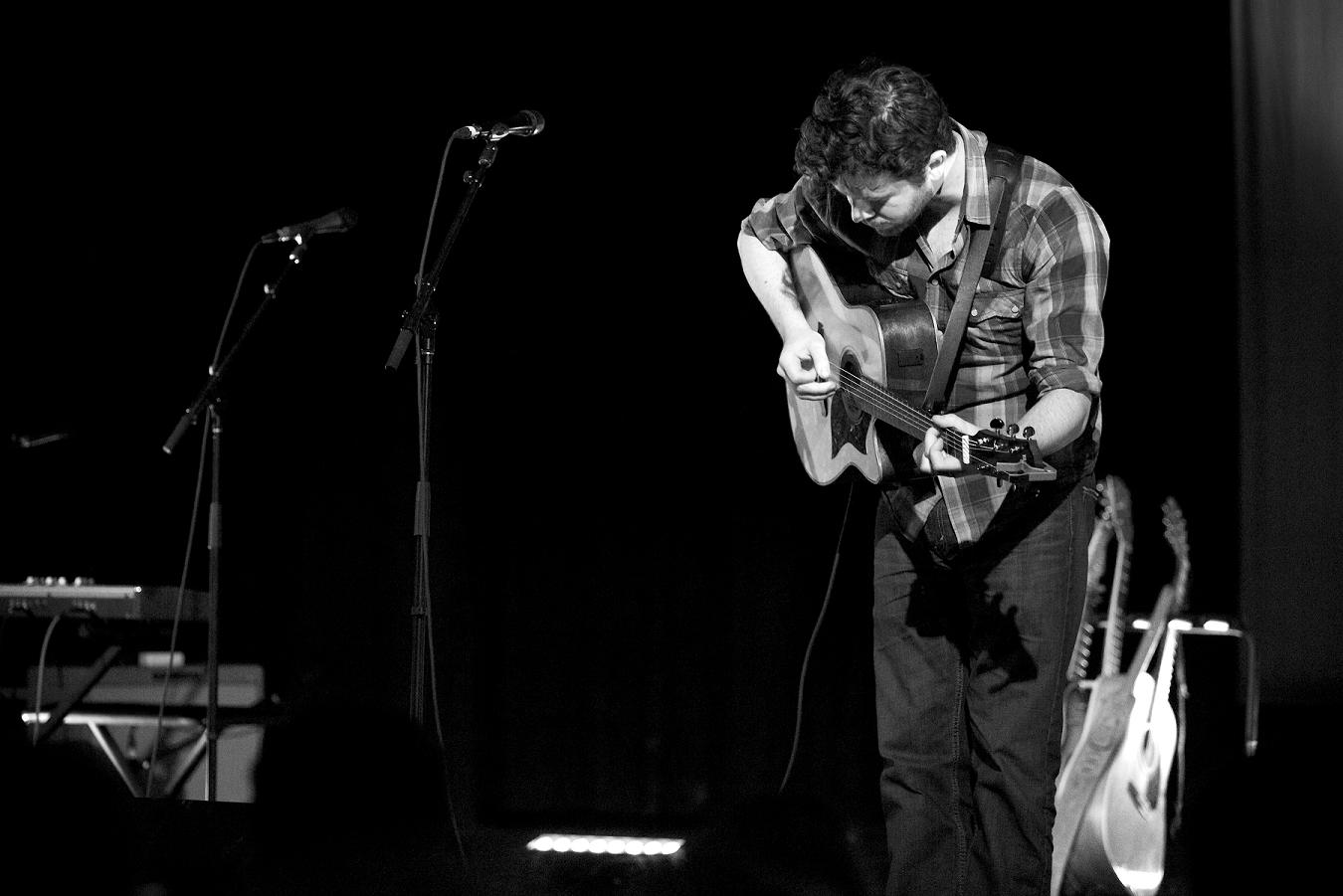 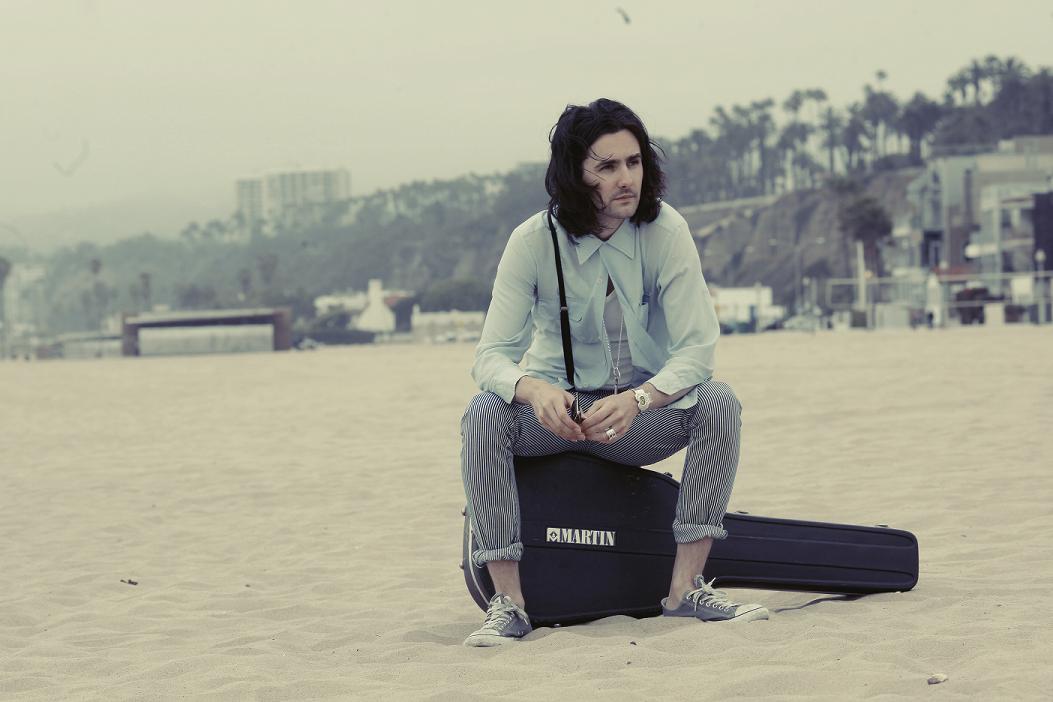