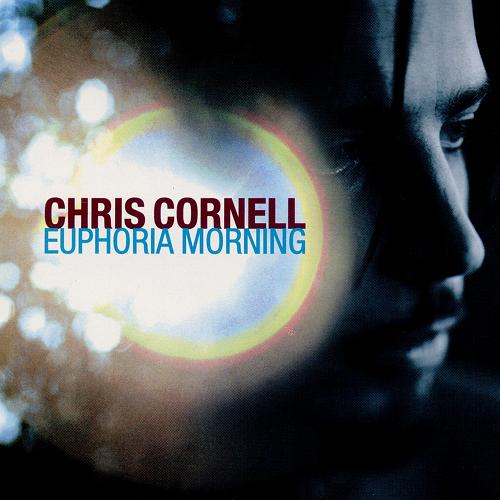 Euphoria Morning: A Reflection On Where It All Began

When I was in grade 12, my Writer’s Craft teacher let me write reviews for two of my favourite albums as my final ISU project. I’ve been thinking about those reviews a lot lately because one of the albums I picked was Chris Cornell’s Euphoria Morning. It was a defining moment for me because up until that point most of my music ramblings were done privately in my LiveJournal where only a handful of people could read them. Mr. Landry was someone I respected a great deal (and kind of had a crush on!) so I was super nervous to hear his opinion about them. I still remember walking up to his desk, him handing my project to me, his big blue eyes staring directly into mine and saying, “Your reviews were exceptional.” I knew right then my postsecondary education was for the wrong program. I should have been going for journalism with a focus on music. It would still take me five years to be brave enough to chase my dream, but it was the beginning of me thinking that maybe I was good enough to succeed at it. I have thought for years I lost those reviews when my first computer blew up (yes, literally), which I was devastated about when it initially happened but even more so once Cornell passed away.

I tried to get an interview with Chris Cornell in 2015 when he released his fantastic solo album, Higher Truth. I didn’t get my hopes up because it seemed impossible so I was shocked my editor approved my pitch for such a high-caliber musician. I was even more shocked when Cornell’s publicist replied to my email really into the idea, and for a bit it seemed like it would actually happen. But Cornell was touring at the time and he didn’t want to do much press when he was on the road so it was put on hold and never occurred. I was obviously disappointed but I kept in contact with his publicist. I would repeatedly tell myself, “I’m interviewing him the next time he releases a solo album! It WILL happen!” You have to understand that with the career path(s) (hi, radio) I’ve chosen, it’s a constant struggle to not quit for a 9-5 job that has a good salary with benefits. Fantasies like this one keep me motivated. They keep me going when I want to give up. I always imagined I’d tell that Writer’s Craft story followed by me obnoxiously announcing, “I interviewed Chris Cornell today. Chase your dreams, kids. They do come true.” I have to let go of that goal now. You don’t know how much I wish I tried harder.

Yesterday was one of those tough days. I received disappointing news. The kind that’s so crushing, it leaves you feeling like Emma Stone in La La Land when she’s crying to Ryan Gosling, “It’s been 6 years and I don’t want to do it anymore.” I don’t have my own Ryan Gosling to provide tough love and force me to attend the audition, though. Well, in my case just to supply a much needed pep talk. I wasn’t really in the mood for chatting anyway. I preferred wallowing in my destructive and negative thoughts.

I couldn’t concentrate so I was procrastinating from doing work by searching through documents on my computer. I stumbled upon this folder I never noticed before. “First computer files.” I literally said out loud, “What the fuck?!” I clicked on it and eventually got to the last file, “written report for WC ISU.” I knew the document was it before I even opened it. There was my Euphoria Morning review. The one I thought I had lost all those years ago. I cried while reading it (not just because it’s pretty terrible), but because I was immediately reminded of that teenager. The one that all she wanted to do with her life was to write about the music she loved and interview the musicians she admired so much. And here she was as an adult on that exact path debating about giving it all up because of this one setback? My teenage self would have been so disappointed in me. Whenever I doubt myself now, I’ll pull up that review and imagine Cornell reassuring me, “This is what you’ve always wanted to do. Just keep going. You will eventually get there.” He may be gone but I’ll still run to him when I need to be comforted.

Sorry about the novel. There are countless wonderful memories and stories to share involving him. There are limitless words I can write about his music being a friend to me throughout my loneliest years. Maybe someday I’ll attempt to jot them all down but for now this is just one of the many ways Chris Cornell shaped me and one of the many reasons I’m so grateful he existed.

P.S. Shout-out to Mr. Landry! I should probably try to contact him one of these days to tell him the impact his class had on me. 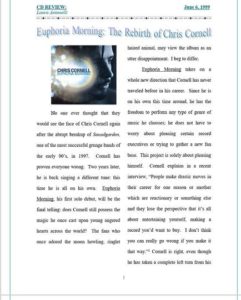 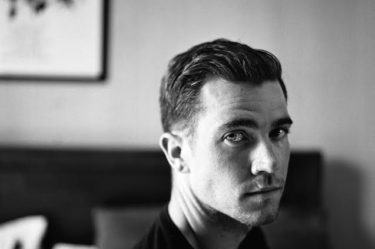 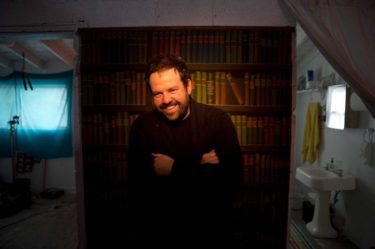 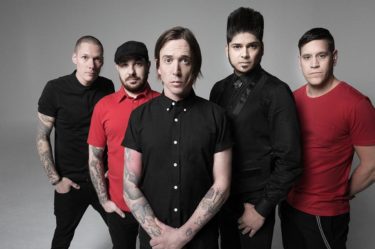